I’ve been living with Moon Under Water’s debut EP for so long that they’ve just released the follow up – before I’d had the chance to post this long-promised review. Moon Under Water describe themselves as “..a meeting of musical minds from Leicester, Liverpool, and Basildon (England). A post-punk core but pressing beyond that….” As a longtime fan of bands such as The Chameleons, The Sound, and Joy Division, the blurb caught my eye. Fortunately, the music more than lives up to the band’s own description. The band is comprised of Audrey Eade on vocals, Elliot Wheeler on guitars, Robert Eade on bass & keyboards, and Adrian Janes on drums / percussion. My first thought was that the songs reminded me of the more ethereal qualities of the Cocteau Twins with a healthy dash of guitar work reminiscent of The Chameleons. High praise indeed, and yet that opinion has only solidified with additional spins.

Golden Age kicks the proceedings off with a bit of jangle pop, a bit of C-86 vibes coming through strong. The lyrics are suitably cast in shades of regret, a perfect introduction to the band. Nostalgia for Now is even stronger than the opener, a post-punk inspired masterpiece. Sighing vocals, shimmering guitar work – everything you’d want in a post-punk song. Lyrically, this is inspiring stuff – about days gone by. “Wanting to free an instant / And keep its warmth somehow / It’s melting away.” Take Your Burden lightens the atmosphere after the 1-2 punch of the openers. A dreamy song that soothes musically and lyrically. EP closing number Reflective reminds me of View From a Hill by The Chameleons – in a positive way. A slower anthem that burns brightly. Beautifully layered guitar interplay makes for an enchanting listening experience. A perfect way to end this debut EP.

The EP is available right now via Bandcamp. I’m looking forward to spending time with the just released follow up – this is a band to start following.

For fans of: The Chameleons, The Sound, Cocteau Twins, BMX Bandits, 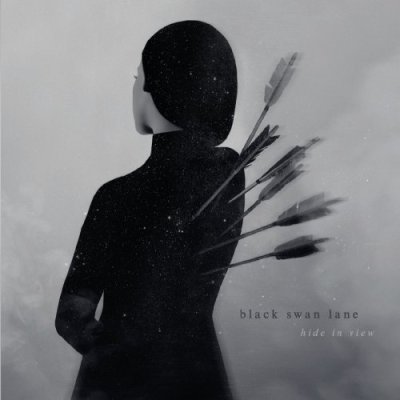 We last heard from Black Swan Lane during the last half of 2019 when they released the stellar LP Vita Eterna. The LP stood out as a highlight in the band’s oeuvre and featured guitar wizard Dave Fielding from the criminally underappreciated bands The Chameleons and The Reegs. At the time I wondered if Jack Sobel and company had backed themselves into a corner – where do you go from here? As it turns out, the world would soon change. The pandemic brought out the best and worst traits of humanity, leaving the world in a frightening polarized state. The last 18 months or so had band mastermind Jack Sobel in isolation, working diligently on the next Black Swan Lane record. An anomaly in the band’s catalogue – this is just Jack Sobel on record. No heralded guests from Manchester, England. No former musical partners. A solo album in all but name, Hide in View is the latest album from Black Swan Lane. And it lives up to the earlier critically acclaimed releases whilst adding some new twists to the sound. The album cover is simply stunning and is a sign of the music contained within.

END_OF_DOCUMENT_TOKEN_TO_BE_REPLACED 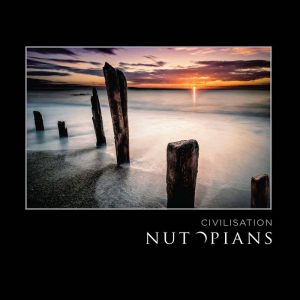 Ian and Phil Jackson are the father / son duo that ARE the post punk band Nutopians. Not afraid to wear their influences on their sleeves, they’ve become one of my go to bands over the last few years. Indebted to The Chameleons (that’s The Chameleons UK to us in the US), Echo & the Bunnymen, and the Buzzcocks (among others), the band has a way of writing post punk gems for the modern era. Over the last few releases, Ian’s vocals have become more confident, Phil’s instrumentation more articulate. The band’s latest full length – their 3rd – is their strongest offering to date. Indeed, Civilisation is an early contender for album of the year.

END_OF_DOCUMENT_TOKEN_TO_BE_REPLACED 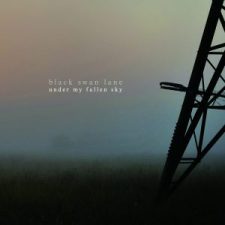 I don’t know of too many artists who continually reach new heights with each album release, but Black Swan Lane are an exception to the rule. Formed from the ashes of The Messengers, the early albums included members of The Chameleons and The Sun & The Moon in their midst. Comparisons to The Chameleons were apt – Black Swan Lane excels in ethereal guitar work and haunting vocals that give power to the lyrics. The last few records found Black Swan Lane working with the core duo of Jack Sobel and John Kolbeck, leaving some of the connections to Manchester, England behind. It has made no impact on the quality of the records the band is putting out – each release feels like its own majestic universe. Under My Fallen Sky – the band’s first release since 2014 – continues the trend.

END_OF_DOCUMENT_TOKEN_TO_BE_REPLACED 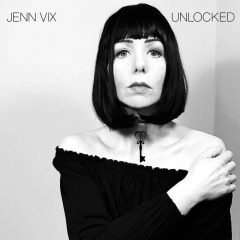 The last few years offered up some unexpected challenges to Rhode Island’s Jenn Vix. A medical misdiagnosis that almost lead to death would alter anyone’s perspective on life – with Vix this was especially true. The latest EP follows 2015’s Strange Buildings EP and in Vix’s words “This EP is inspired by feelings I had when I became ill…I wanted to explore different sounds, and it felt good to do so. After my illness, it took me a year and a half to be able to even listen to music again. Change is scary, but it can also be refreshing. I recently had to burn a few bridges, but they say that the brightest light can come from the bridges you burn. I agree.” The EP once again features a host of ridiculously talented collaborates including John Ashton of The Psychedelic Furs & Satellite Paradiso, Frank Coleman of Satellite Paradiso, and Danny Chavis of The Veldt who provides an outstanding remix. What’s the result? Jenn Vix is a standout among a cast of standouts who has delivered a masterfully executed EP that is breathtaking.

Alive Again kicks off the EP with spiky post punk guitar and vocals that balance the line between rage & beauty. Happiness never sounded so good. “I feel alive today / Something good is taking me over / I feel joy again / I feel a power surging in me”. Complicated Man is the single and I can see why – it is a catchy post modern gem that is lyrically focused on covert and destructive relationships. It never comes off as bitter though you’d be forgiven for thinking that while singing along with words like “He’s a complicated man with an agenda / He knows all the right things to say”. Vix’s vocals sell the tune completely, a compelling mix of Siouxsie and Nico. The track is appears in remixed form by Danny Chavis and it creates an even more haunting atmosphere. Both versions are spectacular. Unlocked closes the EP and features John Ashton on guitar. It is simply stunning – the band locks into a groove, the bass creating a hypnotic groove while Ashton creates a holy squall of white noise & Jenn Vix sings her heart out. That’s Paul LF on bass and Frank Coleman on drums by the way. I wouldn’t mind hearing a full length from that core group. Perfect.

You can pick up the album from Jenn Vix’s bandcamp. You can also follow her on Facebook to keep up with the latest news. A classic mini album, one that I will surely return to many times. Recommended.

For Fans of: The Psychedelic Furs, Nico, The Cure, Siouxsie and the Banshees, The Slits