Minor Victories carries that heavy term “super group” that can be the kiss of death in the music world. Comprised of Rachel Goswell (Slowdive, Mojave 3), Justin Lockey (Editors), Stuart Braithwaite (Mogwai), and James Lockey (film-maker, also Justin’s brother) – it truly is an alternative music world super group. Fortunately in this case the group exceeds all expectations. Braithwaite had claimed in an early interview (before the album was released) that the group sounded like the best bits of the members main bands. And, well – he wasn’t wrong. The album also features contributions from Mark Kozelek (Red House Painters, Sun Kil Moon) and James Graham (The Twilight Sad). Each contribution adds something to the overall atmosphere of the record. In fact, I expected this to be a nice stop-gap to hold me over until the forthcoming Slowdive album. Instead what I got was an album that I’ve had on repeat since the day of release.

END_OF_DOCUMENT_TOKEN_TO_BE_REPLACED 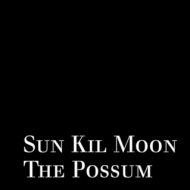 Mark Kozelek is the most unlikely polarizing figure of 2014. A pioneer in the slowcore movement with the incredible Red House Painters in the late 80’s through early 00’s, he continued exploring that sound with Sun Kil Moon and solo releases post 2001. The use of monikers has become almost interchangeable as the years have passed, as Kozelek has increasingly turned towards acoustic sounds made primarily by the nylon string guitar. Over the last 2 years he has shown signs of mixing things up, releasing 4 records that all are stunning in their own way – Like Rats (solo), Perils From the Sea (with Jimmy LaValle), Mark Kozelek & Desertshore (featuring members of Red House Painters), and Benji (Sun Kil Moon). It might take another band 9 years to produce such a diverse body of work, but Mark Kozelek managed to deliver haunting cover versions, slowcore anthems, electronic meditations on life, and life reaffirming acoustic revelries. 2014 also saw him engage in a gangsta rap style war of words with the band The War on Drugs resulting in the song War on Drugs Suck My Cock. It launched super serious (and SEO baiting) blogs on what the song actually meant, but I viewed it as a joke gone too far – and a funny, brilliant song with more F words than I’ve ever heard in an acoustic folk based song (as far as I can remember). So what does one do for an encore?

END_OF_DOCUMENT_TOKEN_TO_BE_REPLACED 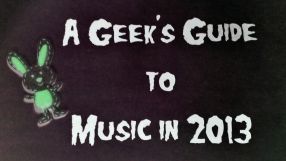