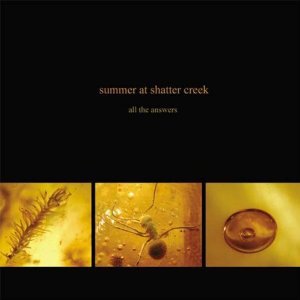 In the late 90’s the music scene was shifting quickly, and as a wannabe hipster, I made sure to keep up with what was going on (I still do, but in a very geeky way). Having a dial-up connection (switching between Juno or AOL) allowed me the freedom to hop on to Webcrawler and plug-in a band’s name that I had recently heard of. Information still was a bit scarce in those days (hard to believe, really), but each day the “world wide web” seemed to offer more information with richer details.  While looking up information on The Ladybug Transistor (whose album The Albermarle Sound will be featured one day in this column) I stumbled upon a rich history that linked me back to the story of Guppyboy / The Essex Green (and later, Sixth Great Lake). I got in touch with someone by the name of Brad who drummed in ANOTHER associated band called Eef, and have followed his musical adventures ever since at BradleysAlmanac.