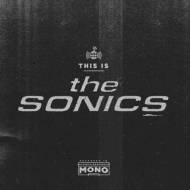 A couple of weeks ago in the city of Seattle, WA I bore witness to an aural assault not witnessed since the last time I saw Mudhoney live and in the flesh. That I had just taken part in the live Mudhoney experience just 30 minutes earlier has no bearing on what I am saying. The Sonics – forefathers to garage rock, punk, and grunge were headlining a star-studded affair to launch the release of their 1st full length album in 49 years, This Is The Sonics. Rooted in the 60’s, yet sounding delightfully abrasive and modern, it was easily one of the best concerts I’ve ever had the privilege of attending. Do you know how sometimes artists will insist on playing their new songs and the audience is polite until the better known tracks come along? The Sonics didn’t have to worry about that – the batch of new songs slot in well alongside their covers of Louie, Louie and garage rock classics / originals such as The Witch and Strychnine. In fact, I think quite a few younger bands would do well to see The Sonics and take notes on how to deliver raw, energetic songs that still have the ability to engage with the audience on a visceral level.