Mick Jagger had sympathy for the Devil. Robert Johnson sold his soul to the Devil at the crossroads. Ozzy Osbourne sold his soul to Rock ‘N’ Roll OR the Devil (depending on what you believe). Ian Brown? Ian Brown didn’t need to do any of that. As far as opening lines in the history of music, I’d be hard pressed to think of one more impressive than “I don’t have to sell my soul / he’s already in me” from I Wanna Be Adored by The Stone Roses, released in 1989. A statement of intent, confrontation, and mystery. The Stone Roses hadn’t arrived overnight, of course – they’d toiled as a Goth-lite outfit in the mid 80’s before slowly arriving at their sound. In the UK it was “Baggy” – in the US it was “Indie” or whatever else the press could think of (Alternative was a few years away). I Wanna Be Adored was the 3rd single to be lifted from the self-titled debut album, and remains my favorite song by The Stone Roses. The slow fade in of instruments increases anticipation for Brown’s opening lines – make no mistake – Mani’s bass lines, John Squire’s guitar licks, and Reni’s drum fills are among the most memorable ever laid down to tape. Ian Brown doesn’t enter the mix until the 1:45 mark and it’s a vocal performance for the ages. Defiant, questioning, full of emotion – it is simply perfect. The song is a not just an 80’s classic or a great song from the Baggy era – this is one of the greatest songs in all of Rock ‘N’ Roll history. 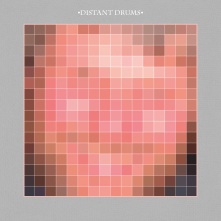 Compilation albums have always been a tough sell with me. Typically I hone in on a few acts that grab me – buy everything by those bands, and forget all about the compilation. There have been a few exceptions over the years – the Factory records box set, the Left of the Dial series, and anything associated with the Messthetics DIY series (to name just a few). When I got word that a tribute compilation album in memory of the Paris Angels Simon Worrall was in the works, I had a feeling it’d be a compilation that would sit comfortably on the (digital) shelf with my other favorites – and I was right. The compilation features musicians from Manchester, England from various levels of notoriety. To understand how or why these friends of Big Si (as he was affectionately known) came together to celebrate his life that was cut short far too soon in November of 2011, one must revisit the story of the Paris Angels.

END_OF_DOCUMENT_TOKEN_TO_BE_REPLACED 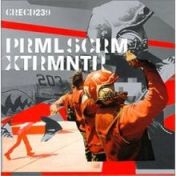 The truth can be a curious thing. I once knew a person who would follow each opinionated rude statement with the disclaimer “At least I’m honest”. But what is honesty? Really, each one of us is making judgments based upon our life experiences and spinning our opinions back as “the truth” (not talking about Scientific facts). At what point do opinions and perception become indisputable facts? That really isn’t for me to say – my memories of “truth” are tainted for the reasons outlined above. In the early 00’s, Primal Scream released an album that dealt with truth head on with an amazing display of virtuosity.