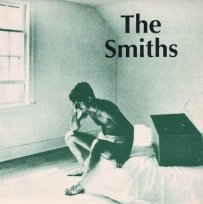 If anything, the last piece on Electrafixion reminded me that I haven’t written anything about one of my favorite bands, The Smiths. I can easily trace the progression, looking back on when I was a 15-year-old wannabe hipster – John Lennon & The Beatles, The Cure, Joy Division, Echo & The Bunnymen, and finally…The Smiths. The Smiths seemed to be an entire universe, a demographic of people. If someone knew The Smiths, you could be sure they were cool (indie hipster elitist alert!). The lyrics of Morrissey seemed to reach out to disaffected youth, the outsiders, the bookworms, the sensitive souls.  The music composed primarily by Johnny Marr was insanely memorable – a nice bonus. For me, it was a Godsend. I have fond memories of singing along to The Smiths at the top of my lungs. Some of those memories are from 20 years ago, some are from last week. How do I choose which song or album to feature, since I love everything? “William, It Was Really Nothing” was released as a non-album single in 1984. The lyrics may or may not be about Morrissey’s brief friendship with Billy MacKenzie, singer for the Associates (another band I adore). A jangly, catchy number, it features classic lyrics that you can sing along with after hearing the song just once. In other words, this is a quintessential song by The Smiths. The track hit #17 in the UK and was later re-released with different artwork as a single in 1988. The 12” record version of the 1988 release was etched with the statements “ROMANTIC AND SQUARE, ARE HIP AND AWARE” and “THE IMPOTENCE OF ERNEST”. The Peel Session version of this track was not included on the laughably titled The Smiths Complete box set, but you can find that on the 1987 single of “Last Night I Dreamt Somebody Loved Me”. That one boasts a slightly fuller sound, and is a nice contrast to the original cut (I prefer the original). At any rate, these songs will apparently be packaged and repackaged endlessly – it doesn’t change the thrill of hearing Morrissey sing “Oh, the rain falls hard in a humdrum town / this town has dragged you down / And everybody’s got to live their life / and God knows I’ve got to live mine” 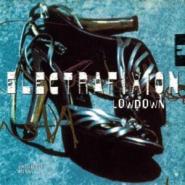 What if I told you that a band that are considered 80’s legends, responsible for some of that generation’s timeless “New Wave” hits reformed in the mid 90’s under a different name with a grunge inspired sound? Not only that, but that the guitarist of The Smiths, a certain Johnny Marr, had a hand in writing a few tunes? Echo & the Bunnymen in their original incarnation broke up in the late 80’s (let’s not discuss the album without singer Ian McCulloch). Egos, members leaving the band (rejoining in some cases), and the death of drummer Pete de Freitas seemed to put an end to the band as we knew them. In the early 90’s, with the explosion of Nirvana, singer Ian McCulloch found inspiration in the rawness of Kurt Cobain’s lyrics and the honesty of the music. He partnered up with Johnny Marr on a few demo recording sessions which proved fruitful – his muse returned. The logical next step was reaching out to Echo guitarist Will Sergeant to rekindle their partnership. It wasn’t Echo & the Bunnymen – not yet, at any rate. Electrafixion is one of the noisiest records either musician has been involved with, and I consider it a lost classic. “Lowdown” was rescued from the Johnny Marr sessions and his influence is felt throughout the track. Echo (sorry) sound f/x, with a jangle that would sound at home on a record by The Smiths, it’s a promising opening minute. Mac’s vocals slither along, he’s cool and he knows it (he’s still like that). Music builds to a garage rock type roughness that was absent on the Echo records. Lyrics seem to reference depression and trying to rise above “You wanna be up there / But you’re underground / Now, now, now / Do you feel it lowdown”. The entire album is pretty great actually, if you like this song you should seek out the double disc reissue that is the entire Electrafixion discography. It is a shame they don’t play these songs live. The rest is history – Echo & the Bunnymen reformed and the new records hold their own against the classics. This phase of their history was forgotten about, never to be revisited with the same sense of angst and noise. Fortunately, records live forever. Enjoy.

END_OF_DOCUMENT_TOKEN_TO_BE_REPLACED 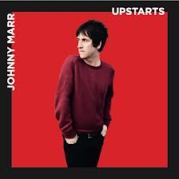 Stop me if you think that you’ve heard this one before – guitarist from an adored band that is still immensely popular 25 years after the breakup releases solo record. You might think I’m talking about the exploits of Slash from Guns n’ Roses, but I’m not – I’m talking about Johnny Marr who first made his mark with The Smiths. The last thing I want to do is recount an epic play-by-play of Marr’s departure from The Smiths – there are plenty of other reviews / articles out there that’ll paint a vulgar picture. His exploits post The Smiths have for the most part been fairly amazing depending on who you speak to (bands include The The, Marion, Electronic, Modest Mouse, The Cribs). Personally? I like just about anything that has Johnny Marr’s distinctive guitar work and songwriting.