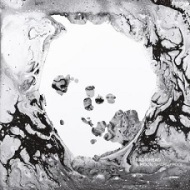 The latest album by Radiohead arrived after a series of mysterious events relating to the band. The band’s website faded away, social media accounts went dark, and mysterious cards went out to fans. All culminating in the release of A Moon Shaped Pool. The two songs and videos that had been released – Burn the Witch and Daydreaming – only hinted at the brilliance contained within. Gone are the grunge indebted guitars as well as most of the inscrutable electronic exercises. In their stead are songs seeped in English folk, motorik krautrock, and a deep sense of middle-aged sadness. For me personally, it is an album that I can relate to on a deeper level. After a dozen spins or so, I have no problem stating that this is my favorite Radiohead album since 2001’s Amnesiac. With a band like Radiohead it can be a slippery slope to navigate. They’ve steadfastly presented themselves as outsiders, even whilst having their every move analyzed by tens of millions of fans. It’s an interesting position to be in – perhaps the most unusual in Rock n Roll history. When you are in that situation it is easy for reviewers to have long-winded philosophical discussions about what the band is trying to convey. And sometimes, an analysis of the music falls by the wayside. Make no mistake, A Moon Shaped Pool would stand on its own with or without Radiohead’s complicated history.

The album opens with both of the singles released thus far. Burn The Witch has been floating around for years and finally arrives in its glorious studio version. Paranoid lyrics, wordless emotional chorus as the strings swell – there is a lot to love here. Some of the lyrical snippets harken back to 2003’s Hail To The Thief, which was widely thought to be a commentary on the George W. Bush presidential election (round 1). “This is a low flying panic attack / Sing the song of sixpence that goes / Burn the witch / Burn the witch / We know where you live”. Daydreaming appealed to me slightly more upon release – a downbeat meditation on environmental catastrophe and the dissolution of a relationship simultaneously. Piano and muted vocals carry the tune. The video is directed by Paul Thomas Anderson of There Will Be Blood fame (that movie was scored by Radiohead’s Jonny Greenwood), and features singer Thom Yorke opening doors that seemingly lead to other doors. Questioning, searching. I felt like it perfectly conveyed the sentiments of the song. The backwards vocals at the end say “efil ym fo flah” – half my life. The amount of time Thom Yorke spent in his recently ended relationship. Chilling stuff. Decks Dark harkens back to the vibe of 2001’s Amesiac. Like Beck’s Paper Tigers, it cribs passages from Serge Gainsbourg’s 1971 masterpiece Histoire de Melody Nelson. Not a bad thing in my book. Glass Eyes is my favorite song on the album – perhaps not coincidentally, it is the saddest. Piano, strings, & voice. Thom Yorke as the common man, facing the end of a love affair. It is truly a moment on the album. Briefly, the piano line echos 1995’s Street Spirit (Fade Out). Present Tense sounds like an updated version of Nick Drake’s pastoral English folk – an indicator of how different Radiohead sound these days. Losing oneself in a love affair and being fearful of what the future holds. “Stop from falling / Down a mine / It’s no one’s business but mine / That all this love / Could be in vain / In you I’m lost”. True Love Waits has been kicking around for about 20 years, having been previously officially released in a live version on the I Might Be Wrong EP. Here, the acoustic guitar is gone – replaced with piano. Some reviewers don’t like this studio version as much, but I absolutely love it. Middle aged angst permeates the song – it has finally found its home. In the wake of the romantic break up Thom Yorke experienced, it is particularly poignant. “I’m not living, I’m just killing time / Your tiny hands, your crazy-kitten smile / Just don’t leave / Don’t leave / And true love waits”.

For me personally, this is a top 3 Radiohead album. I love just about every moment on it. I also think it is by far their saddest album. I don’t really thing you can go wrong with a bit of middle-aged sadness. It is available digitally now with a physical release to follow in June.

One thought on “Radiohead – A Moon Shaped Pool”