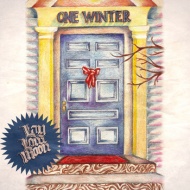 Winters in the Pacific Northwest are a different beast compared to the snowy winters of my youth in Southeast Pennsylvania. The rain lingers, the grey skies seem omnipresent. From mid October until April, the outlook can be a little bleak. For me, I’m counting down the days until the sun returns in fully glory and I can skimboard on Puget Sound and Pacific Ocean beaches again. While I’m dreaming of the sun, I look towards wintry type music, those albums imbued with wistful longing and nostalgia. Boston’s Lay Low Moon fit the bill perfectly.

Lay Low Moon’s name was inspired by a lyric on Beck’s Sea Change album – specifically from the song Guess I’m Doing Fine (“All the battlements are empty / And the moon is laying low / Yellow roses in the graveyard / Got no time to watch them grow”). If you don’t own anything by Beck and only know him from his radio hits – Sea Change is the record that everyone should have in their collection. An emotional folk rock masterpiece, it is a taking off point for Lay Low Moon. Founded in Boston by Seán McKenna in 2012, the band was originally a solo vehicle for his songs of melodic instrumentation and personal lyrics. Dylan Sullivan joined on bass and vocals, Peter Danilchuk was recruited for keyboards, and Curtis Hartshorn (from The Bridgebuilders) was added on drums. The band’s 1st releases were two EP’s released on the same day – One Winter and One Summer, with plans to release even more music in 2015.

One Winter focuses on the solo acoustic work of Seán McKenna and is a masterful gem of an EP. All Affirming opens the record on a strong note – melodic guitar strumming and an emotive vocal performance, with just a twinge of sadness in McKenna’s voice. A drive on the freeway that turns into a questioning of life and relationships, this is true poetry. “If I were so honest / I love the scent of the suburbs in the summer time and your sun soaked skin / but I’d know better than to be all affirming”. Miles and Miles lightens the atmosphere just a bit with some unexpected “F bombs” dropped in the lyrics that brought a smile to my face. Uptempo and catchy, it’s another highlight. I love how McKenna twists the words in this song to make it flow perfectly. “f I told you what to say, I bet you’d know just what I’d hear / but you know all to well that I’m in so much fucking fear / but you’re here all these years”. Another Day closes the record on a strong note, an acoustic dirge that serves as a much-needed catharsis. “Take a moment, collect your things / you may not have another day / Make sure everything’s held dear”

This EP as well as its companion EP – One Summer – come highly recommended. You can check out the band here and follow them on Facebook.