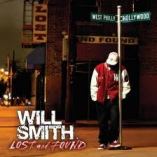 It goes without saying that DJ Jazzy Jeff & The Fresh Prince are one of the greatest hip hop acts to ever hail from the city of Philadelphia, PA (The Roots would obviously be in that select group). At some point The Fresh Prince changed his name to Will Smith, started a movie career, and continued rapping under his new name. The highlights on his solo records for me were when he invited DJ Jazzy Jeff to scratch on a handful of tracks. None of his solo records gelled the way the DJ Jazzy Jeff &The Fresh Prince records did until the 2005 release of Lost and Found. Notable guest appearances (Mary J. Blige, Snoop Dogg), relevant musical backing, and smart lyrical content make up most of the tracks on this record. Tell Me Why is my favorite on the record, and one of the highlights of The Fresh Prince’s career. The track was originally targeted as the 2nd single from the record but was scrapped in favor of Party Starter – a shame, as Tell Me Why has an emotional core that would have possibly appealed to radio programmers. The song relies on The Fresh Prince’s storytelling flow, throwing us right into an attempt to explain the insanity of 9/11 and war to a child. The track builds as it progresses, with The Fresh Prince becoming more agitated and emotional as he asks someone to explain the unexplainable:

By the end of the verse Will Smith is practically shouting his rhymes, anger and frustration bleeding through. Resignation in the words “Please what am I supposed to say to my kids when they say ‘Why?’, Mary J. Blige’s backing vocals coming to the front of the mix with the final “Why”, and orchestra swells lending the track an otherworldly emotional resonance. This is a perfect song. Here’s hoping The Fresh Prince will return one day.