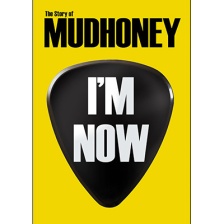 2013 has proven to be a banner year for Mudhoney – jointly celebrating a 25th anniversary alongside their 1st and current record label, Sub Pop. I had the chance to see Mudhoney’s set at the Sub Pop Silver Jubilee over the summer and have found myself revisiting, rediscovering, and in some cases discovering gems from every era of their career. Add in the amazing documentary I’m Now alongside the biography Mudhoney: The Sound & Fury From Seattle by Keith Cameron, and let’s just say…I’ve been losing a day or two here and there listening to Mudhoney. I’m Now is the song that lent its title to the documentary, and it is a quintessential slab of Pacific NW garage punk rock (or…grunge). Taken from the band’s 2008 record The Lucky Ones, it is one of the standout tracks from Mudhoney’s career. Mark Arm’s vocals recall Iggy Pop at his rawest, conveying angst with each nuance of pronunciation. Guy Maddison bounces along on bass and Steve Turner provides the garage rock guitar refrains. Lest we forget, that’s Dan Peters holding down the beat on drums, holding the shambolic, melodic track down. What happens when the students become the equal to their teachers? You’re left with Mudhoney, holding their own alongside The Stooges, MC5, and The Sonics. A band that just keeps going and keeps delivering on every level. I could honestly write about quite a few Mudhoney tracks that are amazing but for now let Mark Arm and the band pummel you with this classic, with these words:

The past makes no sense,
The future looks tense
I’m now!