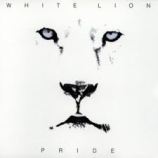 I first bought White Lion’s Pride album at the Willow Grove Mall in Willow Grove, PA (on the site of the old Willow Grove Park) in 1987 or possibly 1988. The album had a few pop metal songs on the radio and on the surface seemed very much of the time period. Little did I know that this album was actually White Lion’s 2nd record and would enchant me for the next 25 years and counting (the 1st, Fight to Survive, is a much harder edged speed metal masterpiece from 1984). Digging beneath the pop metal surface, the album featured amazing guitar work from Vito Bratta, world-weary lyrics & vocals from Mike Tramp, and a solid rhythm section (Greg D’Angelo on drums, James LoMenzo on bass). “Lonely Nights” in particular has always called out to me as a “forgotten classic” and would appeal to any fan of music, not just those who enjoy hard rock / heavy metal. The song begins with acoustic guitar with a slight classical influence (surely indebted to the great Yngwie Malmsteen). The band kicks in with a harder edge than you might remember from White Lion. Tramp’s vocals are emotional and evocative leading up to the stunning chorus. It almost reminds me of Del Shannon’s 1961 hit “Runaway” married to a darker pop metal song, the atmosphere is very similar. The guitar solo from Vito Bratta is breathtaking in the way skill is married to emotion. Mike Tramp went on to lead Freak of Nature, lead a solo career, and reform White Lion with new members. Vito Bratta dropped out of the music industry to care for his parents while D’Angelo and LoMenzo have performed with such luminaries as Zakk Wylde, Megadeth, David Lee Roth, and Ace Frehley. I love all the other projects (especially Mike Tramp’s solo tribute to Ronnie James Dio from 2010), but for me the original White Lion was such a special project. You might find yourself blown away by the atmosphere in this song as Mike Tramp sings these lyrics: