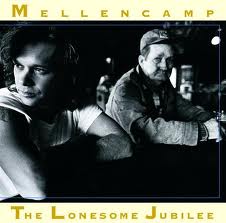 In the spring of 2012 Seattle, WA was named the top hipster city in the United States. Kind of amusing to me – what is a hipster? To me, a hipster is someone who thinks they are on the cutting edge of fashion, music, and pop culture. You may be able to point out your local hipster crew by looking for the guy with over sized Elvis Costello glasses (oh, snap. that’s what I wear) and the woman with the trendy tattoos all factored into the impossibly fashionable outfit. Sure, these are all generalities but these are the things that come to mind when I think of the term hipster. A strange thing about hipsters – almost no one will admit to being a hipster. I am not a hipster.

From a well-known resource on the “world wide web” a hipster defined:

“They sport vintage bowling shoes and the latest tech gear-but they also know all the best places to eat and drink. [The magazine] ranked 35 metropolitan areas on culturally relevant features like live music, coffee bars, and independent boutiques. To zero in on the biggest hipster crowds, we also factored in the results for the best microbrews and the most offbeat and tech-savvy locals.

It’s our take on the debated term hipster….whatever your take, you generally know hipsters when you see them-most likely in funky, up-and-coming neighborhoods. A smirking attitude toward mainstream institutions means they tend to frequent cool, often idiosyncratic restaurants, shops, and bars-the same kinds of venues that appeal to travelers looking for what they can’t find at home. There’s also an eco-conscious influence in contemporary hipsterdom.”

John Mellencamp is not considered a hipster, nor part of any hip scene. This has remained a constant in his 30+ year career. Badly Drawn Boy came out in the early 2000’s as a huge Bruce Springsteen fan and the indie kids came out of hiding – YES! They had always been Bruce Springsteen fans (in fact, I’ve only known one person in my entire life who has professed his love of Bruce Springsteen nonstop and to anyone who will listen. He now owns two bars in Jenkintown, PA). Surely these smart folks would finally see the brilliance of Mr. Mellencamp? Didn’t Mellencamp’s Dance Naked with its stripped down and confessional ghostly folk music come out an entire year before Bruce’s The Ghost of Tom Joad? I had grown up with John Mellencamp’s Scarecrow and The Lonesome Jubilee albums always playing on my family’s turntable. To me, these records were absolutely incredible. A voice for the people vocalizing the plights of the middle class. Mellencamp’s time to be cool has never come to be, but I hang on to my love of him as a badge of honor. A way to explain “No, I can’t possibly be a hipster. I love John Mellencamp”.

We Are The People…

Paper in Fire the albums lead off single opens the album. Dark guitar passages with answering violins. John’s soulful vocals come into the mix letting us know that this album’s journey will be a meaningful one. Incredible backing female vocals. Very, very catchy chorus. Americana on coffee? Perfect introduction to this record. Key lyrics:

Down And Out In Paradise A mid tempo rock n roll guitar sound to kick off the proceedings. A deeper album cut, anchored by Mellencamp’s emotional singing – bordering on anger at times. Unfortunately the lyrics resonant in 2012 – the state of the nation hasn’t changed much since 1987. A dark feeling  lingers in the background, is there hope behind the words? Violins & strings are stunning. Key lyrics:

Dear Mr. President
I live in the suburbs
It’s a long way from Washington , D.C.
Had me a job
Workin’ for wages
Till the company moved out
And they forgot about me
Can’t draw unemployment
For some unknown reason
My kids are hungry
I’ve got four mouths to feed
I go out every day looking for suitable employment
Do you think there’s something you could do for me
Cause I’m

Check It Out a much lighter vibe to this song, carried by violins at first before it all fades away and we are left with John singing his heart out. Backing singers shout out the title of the song while he sings verses in response. The lyrics are poetic and cutting. An uplifting track, an essential cut. Key lyrics:

The Real Life has a vibe similar to the previous song, an interesting way to sequence the record. It has to be said though, it works. Slightly darker vibe with this one. The chorus is laced with hope, longing, regret…all within a few seconds. If you pay attention to the words you may feel a chill go up your bones if you are over the age of 30. Mellencamp…the poet. The visionary. Proof is in the words:

Cherry Bomb A summertime anthem – bringing up feelings of nostalgia, desire, and all of those feelings longing for days now passed. The highest charting single off of this record. Appalachian folk pop? I’m not sure what you’d call it except really, really great. John is singing without a care in the world and the music matches his vibes. Key lyrics:

That’s when a sport was a sport
And groovin’ was groovin’
And dancin’ meant everything
We were young and we were improvin’
Laughin’, laughin’ with our friends
Holdin’ hands meant somethin’, baby
Outside the club”Cherry Bomb”
Our hearts were really thumpin’
Say yeah yeah yeah
Say yeah yeah yeah

We Are The People I would love to see Rage Against the Machine cover this song – it is begging for an aggressive update so that the words can be heard by a younger audience. This song cements John Mellencamp’s artistic ambitions for me and is one of the strongest cuts of  his career. It has to be said – the opening guitar riff when heard in tandem with John’s vocals – it’s just fucking insane. This is a pure rock song – a song for the downtrodden. Key lyrics:

Empty Hands Another cut that is one of the strongest of John Mellencamp’s career. The drums, violins, and bass are the primary instruments backing up John as he sings his heart out. An emotional track, the music is ominous before exploding into a powerful chorus. The vocals are soulful and restrained at times before exploding in anger at the perfect times. Stunning. Key lyrics:

Now Maryanne’s been cryin’
Lord knows I love her the best I can
When my pride is bruised and broken
She slips her hand into my empty hands
Without hope, without love, you’ve got nothing but pain
Just makes a man not give a damn
That’s no way for us to live
We’ve got to fill these empty hands

Hard Times For An Honest Man After the last two tracks the vibe is lightened up a bit – at least as far as the music goes. Sounds like a campfire sing-a-long, but with lyrics that again veer towards the darkness. A curious trick to have people singing along to this song, and again it resonates just as deeply in 2012 as it did 25 years ago. Key lyrics:

Hotdogs and Hamburgers A very strong cut that is cut in the style of a story about how John picked up a native american girl and completely misunderstood the culture. This song is him pleading for forgiveness and understanding. If you don’t pay attention to the lyrics it sounds like a joyful song. Dig a little deeper and you may be shocked at what you are singing. Light vibe, extremely strong chorus. Key lyrics:

Rooty Toot Toot the last track on the album sounds like something that could have been on John’s previous album Scarecrow. A rock vibe, lyrics again in the story telling mode. Longing for yesterday with the benefit of hindsight. Sing-a-long chorus with some accordion – a nice touch. A great way to end the record. Key lyrics:

We laid out a blanket
And started a fire
Had the radio playin’
From inside the car
I took off my shirt and kicked off my shoes
She read the paper
And told me the news
She said, there’s a lot of people out there
Who are at the end of their rope
Sometimes baby
You’ve got to lay low

I highly recommend you pick up this record if you’ve written off John Mellencamp in the past. There are at least a half a dozen records by him that I consider essential – this one isn’t even my favorite (that one goes to the 2008 release Life, Death, Love and Freedom). This is a great starting point for Mellencamp’s extensive catalog and perhaps you will find yourself surprised, happy, and stunned at the quality of the material. He has not ever been considered cool by the hipsters of the world and has often been called a poor man’s Bruce Springsteen. Though I love both artists with all of my heart I’d have to disagree – John Mellencamp is one of a kind.

Join me next week as I discuss Songs of Faith and Devotion by Depeche Mode.