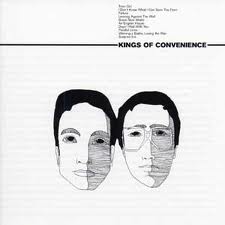 In the year 2000 I was going through a very personal crisis of conscience. I was doubting the faith I had grown up in and discovering a more spiritual side of myself (seemingly opposite ends of the spectrum). Doubt can begin as a nagging feeling – the feeling that something isn’t quite right. Once that seed is there (it can be compared to the mustard seed, which is impossibly small), it grows and grows until it can no longer be ignored. Eventually I would venture into the unknown – leaving behind everything I had known since the age of 2 (with the exception of a few very dear friends). My soundtrack whilst all of this turmoil was taking place was a bunch of records collectively known at the time as “The New Acoustic Movement”.

Labels on entire music genres can be very, very silly. Does anyone really know what “electronica” is? In the post Nirvana scene of the early 90’s everything was called “alternative” leading to a very funny interview with Scott Weiland of Stone Temple Pilots (I’m really sorry Stephen Malkmus – the records hold up 20 years later) in which he asked “Alternative to what??”. So it was with the early 00’s scene “The New Acoustic Movement”. A bunch of random bands that happened to use acoustic guitars as their primary instruments. I’m going to be honest – I eagerly picked up records by bands such as Turin Brakes, I Am Kloot, Starsailor, and my personal favorite – Kings of Convenience.

Kings of Convenience released their debut album on the Kindercore record label (it is NOT the 2001 release Quiet is the New Loud). The cover of the record featured an amateurish hand drawing of the musicians with the song titles listed in harsh black ink. There wasn’t much to find out about the band at the time, other than they sounded like Norway’s version of Simon & Garfunkel. To me this sounded like absolute heaven. I made the trek to the fabled Princeton Record Exchange and was thrilled that they had it in stock. The hour drive back to my apartment in Glenside, PA was absolute heaven. My personal turmoil eloquently filtered through these Norwegians with angelic voices.

I don’t know what I can save you from…

The album begins with Toxic Girl – a song that screams “single” from the outset. Very uncharacteristic drums to start the song before beautifully strummed acoustic guitar comes in. The harmony vocals between Erlend Øye and Eirik Glambek Bøe are very pleasant, but somewhat holding back. It leads back into a 2nd verse sung by Eirik before starting up the harmony vox again, which really takes the song into the stratosphere. The last 30 seconds of the song are simply heavenly. Note – this song was re-recorded and embellished for the 2001 album Quiet is the New Loud – this version sounds almost primitive in comparison. The simplicity suits the material. Key lyrics:

In the sky the birds are pulling rain,
in your life a curse has got a name,
makes you lie awake all through the night
that’s why.
She’s intoxicated by herself,
everyday she’s seen with someone else,
and every night she kisses someone new
never you.

I Don’t Know What I Can Save You From – Acoustic guitar picking to start the song, emotional singing from Eirik. The lyrics should be paid attention to just as closely as the music – simply stunning. The repetitive acoustic guitar melody will have you humming along in no time at all. Sadness permeates the atmosphere, leaving the listener feeling a sense of nostalgia for days now passed. A personal favorite song of all time. Key lyrics:

You called me after midnight,
must have been three years since we last spoke.
I slowly tried to bring back,
the image of your face from the memories so old.
I tried so hard to follow,
but didn’t catch the half of what had gone wrong,
said “I don’t know what I can save you from.”

I asked you to come over, and within half an hour,
you were at my door.
I had never really known you,
but I realized that the one you were before,
had changed into somebody for whom
I wouldn’t mind to put the kettle on.
Still I don’t know what I can save you from.

Failure – Another song on the album that sounds like a hit single (perhaps in an alternative universe…or the 60’s). Strong drums to start, very strong harmony vocals. Beautiful guitar playing (though more of a band feel with this tune). Key lyrics:

Leaning Against the Wall – A deeper album cut, a melody refrain played by one guitar while another guitar adds pleasant strumming over that. Presents an evocative mood before the song explodes in harmony vocals towards the conclusion. Key lyrics:

Your eyes are cold,
I know you’ll tell me all.
Not to fall,
I lean against the wall.
I’m on the floor,
not listening anymore.
I should have known,
the things to which you’re prone.

Brave New World – Slow, mournful drums open followed quickly by a determined guitar refrain. Call and response vocals followed by amazing guitar picking, then starts all over again. A beautiful song. One of the songs from this record that was the soundtrack for me while I was rejecting the faith that I was raised in. Key lyrics:

Out in the dark
Walking in the rain
On a lonely street
Looking for the fire
Escaping the noise
Can you ever escape?

You can hear your thoughts
Calling you a coward

A brave new world
It’s all around
You’re walking too fast
To be able to see it
Your wings are too small
To get off the ground
Truth is too close
For you to believe in.

An English House a deeper album cut featuring very emotional / soulful vocals. It does not have the strongest chorus or melody, but that is not a deterrent – the mood is enough. Key lyrics:

Days I Had With You – Very upbeat guitar strumming, amazing singing and guitar work (somewhat redundant for this album…in a good way). It makes me think of every great night out with close friends (both old and new). Key lyrics:

Parallel Lines A very dark passage, also features some of the most intelligent lyrics I’ve ever heard. Another mood piece with stunning guitar work. The vocals are emotional but not over the top – at least until the last-minute when the emotional outpouring is simply devastating.  Key lyrics:

What’s the immaterial substance
that envelopes two,
that one perceives as hunger
and the other as food.
I wake in tangled covers,
to a sash of snow,
you dream in a cartoon garden,
I could never know.
Innocent imitation, you are cast in gold,
your image a compensation for me to hold.

Parallel lines, move so fast,
toward the same point,
infinity is as near as it is far.

Winning a Battle, Losing the War this song sounds the most like Simon & Garfunkel on the album – if Simon & Garfunkel were really depressed, in Norway, and lamenting lost love (not such a stretch, really). The harmony vocals are perfection on this song and send a chill up my spine every time I hear them. The lyrics are heartbreaking and are even more potent when sung in such sweet voices. Key lyrics:

The sun sets on the war,
the day breaks and everything is new…

Surprise Ice the darkest song to close the record – somehow fitting for this masterpiece of a record. The Norwegian accents seem to be more noticeable on this song, lending a feeling of isolation to the tune. It builds towards the harmonized chorus – but this time there is no sweetness to be found – just regret, loneliness, and sadness (despite the lyrics of the chorus comparing love to surprise ice). This song will stay with you long after it has left your headphones. Key lyrics:

The air is like a knife cutting through you.
A room in the house is always warm.
Stretched out on the bathroom floor, thinking,
of fair days your future may hold.

If you can find this album, I highly recommend  you pick it up. Most of the tracks ended up on later (more produced) records, but these versions are stripped down and very, very special (though I love everything Kings of Convenience have done). This particular record was the soundtrack to a young man in his early 20’s questioning all that he had been told was truth. Questions that led to more questions, doubts that led to more doubts. It’ll also suffice as a record to play on a cold winters night while the fire roars in the background. Enjoy. (the video is the more embellished version of Failure recorded for Quiet is the New Loud) Join me next week as I discuss The Lonesome Jubilee by John Mellencamp.