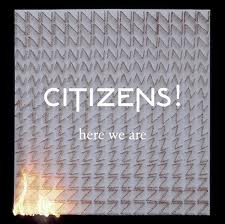 Hype can be a dangerous game. For every band that releases a hyped 1st record and sustains a successful career afterwards, there are thousands of bands that lit up the music world the 1st time around then disappeared from view. In my opinion some of those bands may have been deservedly relegated to the sidelines, while I scratch my head at some bands that are considered “One Hit Wonders“.

Franz Ferdinand (named for the Austro-Hungarian Archduke whose murder sparked World War I)  have had a curious trajectory in both the UK and the US (for the sake of this review, I’ll just mention those two entities though I do realize there is an entire world out there). The 1st self titled record was a hit on both sides of the pond and was a record both in love with the late 70’s post punk scene as well as the modern dance punk hipster revival. Ambiguous lyrics, music that sounded like it mattered – what was not to love? The follow up, You Could Have It So Much Better was another huge hit in the UK but failed to make an impact in the US. The same fate was afforded to the 3rd record, Tonight in the United States. In fact, 8 years on from the debut record I wonder if today’s early 20’s hipsters are even aware of Franz Ferdinand?

When I read that the lead singer of Franz Ferdinand – Alex Kapranos – had produced an album by up and coming band Citizens! I was intrigued. Early press for the band had described them as “a back-to-the-future job that sounds like an early-70s Bowie-esque vision of the 80s – what Diamond Dogs might have sounded like remixed by Martin Rushent“. A tag-line that caught my attention, for sure. The question that presented itself to me was – well, would this just sound like a newer version of Franz Ferdinand? Well….yes and no.

True Romance opens the record and is also one of the singles (boasting a you have to see it to believe it video). Truthfully this song won’t do much to dissuade someone from saying they are similar to Franz Ferdinand – but with a song this strong, it doesn’t really matter. The song begins with a bit low electronic noise before the drums and synths kick in. The chorus is very strong, sounding like something that would’ve been a huge hit in 1982. Lush vocals, emotions seeping through. Key lyrics:

Oh my love
what are we doing here
This little heart
Racing through the gates
Lighting up cigarettes and counting out the change in our pockets
Tell me love
Will we ever know ourselves?

Caroline tones down the synths a bit for a more indie rock feel. A song that boasts a sing-a-long chorus, perfect for a summertime road trip. The warm guitar lick featured reminds me of an 80’s sitcom theme song. The instruments blend in with each other  to an extent except for timely synth flourishes as the song progresses (reminding me of The Rentals). Key lyrics:

Caroline, you were a friend of mine
Long ago when to err, it was divine
You spoke your mind to all the guys
They never knew if what you said was true.

Monster starts off with a Gang of Four worthy bass line before those heavenly vocals kick in. 80’s sounding drum throughout the song, giving that vintage “hand-clap” sound. The song takes it another level during the chorus, with that incessant bass anchoring everything down.

Know Yourself closes the album with one of the strongest cuts (if not THE strongest). Acoustic guitar to start the song before futuristic sounding (as imagined by David Bowie, that is) synths come in, adding an unexpected atmosphere of dread. The song builds towards a climax of noise and impassioned vocals with the singer repeating the title of the song. A perfect conclusion to the album.

I’d say with this band – the hype is absolutely justified. It isn’t a perfect album, but it is very, very, very good. At times it sounds like an updated Franz Ferdinand but at times they offer up something unique that demands your attention. I’d highly recommend you go out and buy this or download it (legally). It will be the perfect summer soundtrack for a road trip to the beach, while you are at a BBQ, or swatting at flies on a family camping trip.