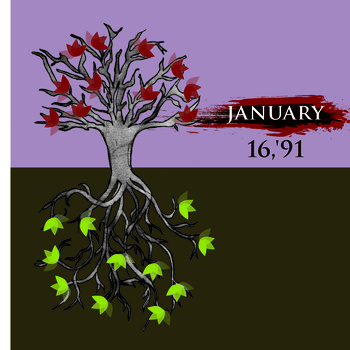 In the summer of 2011 I had the chance to be involved with Critical Sun Recordings Band Crawl – an event where the proceeds would go towards helping the cause of Music Aid NW. The mission of this organization is a noble one – to support music education in Washington State. Basically there were 8 bands that played 6 different local venues throughout the entire day / evening – each act travelling to the next bar so that each slot was filled with a different act (hence the name band crawl).

I showed up at my assigned venue really unsure about what would be expected of me. Being a complete music geek, I often volunteer or reach out to aid with shows – only to have a bit of anxiety before I actually am scheduled to help. As I talked to my contact at Critical Sun it became clear that not only was I assigned as a team lead for the event – I’d also have the honor of announcing each band and talking about the mission of Music Aid NW between each set. Strange as it may seem to those of you who know me – I am an introvert who happened to get involved in networking. Damn. I was just a wee bit more nervous now!

I shouldn’t have worried so much. As those of you who get up on the stage realize, once you are in the moment all of the butterflies go away (this is true whether you are speaking in front of a few people or a packed house). Each band brought a different feel to the proceedings while retaining a “Seattle vibe”. I honestly enjoyed every act I had the chance to introduce / listen to that day (even talking for a few moments with Reji Lefluer a bit after his set. He REALLY reminds me of Seattle’s version of Jeffrey Gaines). Another band that really hit me hard was The Januariez. The music was that raw Pac NW punk rock that I love so much – with the added bonus of female vox. They have been described by Innocent Words Magazine as “T. Rex with a little Thin Lizzy and Veruca Salt fronted by Ani DiFranco”. Well who the hell am I to disagree?

Currently the band has one release – the EP titled January 16, ’91 which also happens to be the day the 1991 Gulf War was launched with massive air and missile attacks on Kuwait and Iraq. Though President Bush’s words of “We will not fail” will be debated by historians forever – when applied to The Janueriez they are fitting. This is a band whose ambition is clear and has a very bright future ahead of them.

“What I Could Give You” gets the EP started in a rousing fashion, distorted strumming of the guitar giving way to a full band onslaught of grungy guitars and raw, gritty vocals. Key lyrics “See I don’t want you to know who I am / I don’t want to know either, but here I stand.”

“Dying Man” a song with an angular feel to it, evoking the spirit of the great Olympia, WA band Heavens to Betsy. A repetitive guitar riff anchors the song down with a minor (but beautiful) guitar solo around the 1:40 mark. The song fades out with singer J-Knee singing her heart out, repeating “Dying man….”.

“16” starts off with a classic rock riff vibe. J-Knee lends a Joan Jett vibe to this tune, her sweet vox delivered with a snarl. Key lyric “You said I love you / what the hell did that mean”…a nice jam feel with this tune.

The band is currently in the midst of recording their debut album with famed Seattle producer Jack Endino and based upon this EP I am eagerly anticipating its release.

The Verdict: It’s Only Just Begun (but it feels so good)

For fans of: The Runaways, Heart, The Devil’s Blood, The Juliettes, Joan Jett & The Blackhearts, Veruca Salt, The Breeders

You can purchase the EP for $3 here – http://music.thejanuariez.com/album/1691